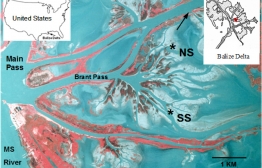 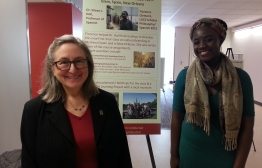 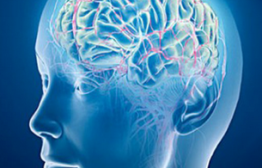 Dr. Chuck Nichols' project seeks to better understand the correlates, causes, and effects of wanting and working toward collective betterment.  Caring about and helping close others and even complete strangers can provide strong psychological benefits for the helper as well as the helped. However, some surveys suggest that individuals may be becoming more selfish and less other-focused in recent decades, potentially undermining overall well-being. This project employs survey and experimental methodology to explore what leads people to care about and act to help others. 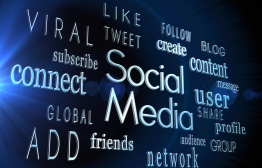 The central component of the Department of Sociology's required Senior Capstone course is a one-to-one faculty-mentored, collaborative research project. The department also has a consistent record of incorporating students into grant funded research projects.

Below are examples of some of the recent Senior Capstone projects:

Restore the Oaks: Public Art as Social Protest in the Historic Treme Neighborhood

The Lasting Impact of Participation in a Black Greek Letter Organization: An Examination of Social Capital

Child Abuse as an Extension of Violence Against Women

No Such Thing as a Free Lunch? Social Exchange Among the Hare Krishna

The Role of Faith Based Initiatives in Corrections

The After School Zone of Kipp Central City Primary: A Case Study

Judging Books by Their Covers: An Intersectional Analysis of the Male Gaze and Attitudes toward Thinness

Exploring the Relationship between Antidepressant Use and Suicide 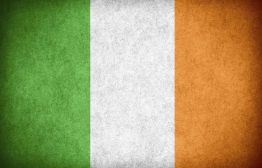 National Identity After A Conflict 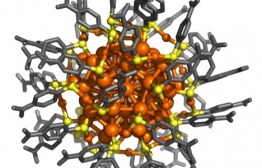 Dr. Heinecke’s research interests focus on nanomaterials synthesis and their applications in biomedicine and electronic devices. She is interested in 1) developing cationic nanomaterials as a platform for multivalent display of host defense peptides as novel antibiotic agents and 2) building defined molecular assemblies of these small materials for electron transport properties. This type of multidisciplinary research will afford students the opportunity to learn a wide variety of scientific techniques. 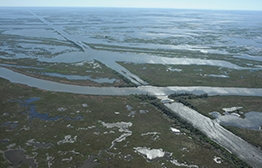 Their findings, which detail the spread of this plant and its role in coastal protection, is found in a published study, “Genetic Variation in the Common Reed, Phragmites australis, in the Mississippi River Delta Marshes: Evidence for Multiple Introductions.”

In the study, Hauber, Hood and White identified several new DNA types of P. australis which were likely brought here by migratory birds, river currents or ships. These European types are increasing the species’ footprint in the delta at an alarming rate, according to White.

The researchers have been monitoring the spread of the Rouseau Cane through aerial views of the wetlands to study the impact from above.

White noted the massive impact of Hurricane Katrina on the wetlands. “Flying over the coast and the Mississippi Delta, it is a terrifying and powerful image because of what is no longer there and it proves to me that the city is more vulnerable to another significant storm surge than I previously imagined. If every citizen of Louisiana had this kind of flight opportunity, we’d be moving much quicker and with far more attention to protecting and restoring our coast.”

Flights have confirmed that the invasive types of P. australis is spreading throughout their research sites in the inner marshes of the delta. In a similar flight during the spring of 2006, White observed small areas of the invasive P. australis that are now much larger and spreading to other areas outside the delta. The Deepwater Horizon Oil Spill caused some coastal wetlands loss along the very margins of the delta’s shoreline, according to the researchers. "The total wetland loss in the delta is remarkably low as a result of the spill, though any loss is very troublesome,” White said. “The small amount of loss is partly due to the freshwater sheet flow that kept oil away from the delta freshwater wetlands, and partly because of the peripheral stands of the P. australis which became the frontline physical barrier to oil invasion inland.”

White, Hood and Hauber use photo images from wetland fly-overs to continue studying P. australis in their study areas. “The study of P. australis is central to the health and stability of the wetlands of the Mississippi River Delta,” said White. 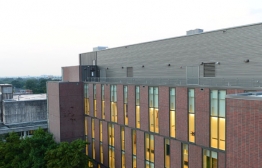 A Within Host Model of Dengue Virus Infection

Dr. Jeremy Thibodeaux and senior mathematics student Michael Hennessey have derived a system of differential equations that model certain blood cell and particle populations in the body when it is infected with Dengue virus. The model aims to capture the relevant physiological processes to provide researchers a tool to develop more effective antiviral drugs and treatments in the fight against Dengue Fever. 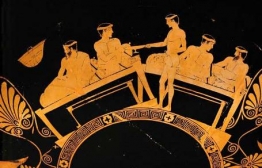 Dr. Karen Rosenbecker has an article “Just Desserts: Reversals of Fortune, Feces, Flatus, and Food in Aristophanes’ Wealth” that will appear in Harvard Studies in Classical Philology, vol. 108, spring 2015. 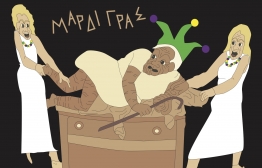