Fulbright to Argentina in 2017

Natalie Jones (Theatre Arts/Spanish, 2014) was selected for an English Teaching Assistantship to Argentina through the Fulbright U.S. Student Award. For more information, see her story.

Arianna Efstathiou (Latin American Studies, 2015) has been accepted into the Law School of the University of Maine to study Immigration Law. Arianna tells us this: "I have been working as an immigration paralegal for the last 1.5 years in New Orleans, and am hoping to practice immigration in the future. I speak Spanish all day long at my job, and have been very grateful for my experience with the LAS [section of Languages and Cultures] at Loyola, which prepared me for this job and for my future practice."

This landmark anthology brings together more than sixty myths, poems, memoirs, manifestos, and works of fiction translated from Spanish to English, some for the first time. It is an ambitious introduction to Spanish American thought and culture, featuring historiographies by mestizo intellectuals of the Colonial periods; thought-pieces by eighteenth-century Jesuits; personal accounts by indigenous authors, women in struggle, and labor activists; and excerpts from Reinaldo Arenas, the exiled gay Cuban poet, playwright, and novelist.

The students of Mu Kappa chapter of Sigma Delta Pi (national Spanish honor society) held a successful Latin American Festival on Friday, October 14, 2016. The idea behind the festival was to educate the Loyola community about Latin American culture through a celebration of diversity. Proceeds will go to the non-profit organization Family Justice Center Women’s Empowerment Group (Latina survivors of domestic violence). The afternoon was filled with music, dance, food from Latin America, and readings of Latin American poetry.

We're proud of you, Nicholas!

Congratulations to these Languages and Cultures students who received special awards at the 2016 Humanities and Natural Sciences Honors Convocation:

Mr. Mackenzie McMillan (B.A. 2013--Political Science, minors in History & Asian Studies) was admitted to the Japan Studies M.A. program at University of Washington where he was awarded the FLAS Fellowship for the 2016-2017 school year for Japanese language study. He was also accepted at the Social Policy and Development Program (NGOs) at the London School of Economics. Congratulations, Mackenzie!

Dr. Isabel Durocher received the Faculty Excellence in Teaching from the College of Humanities and Natural Sciences, 2016. ¡Felicitaciones, Dra. Durocher! 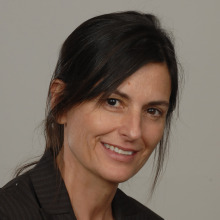 Hannah Griggs (English Literature/Spanish 2012) received her Masters from Boston College in 2016. She is currently an Adjunct Instructor of English at Boston College. ¡Felicitaciones, Hannah!