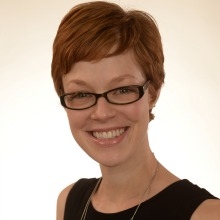 Kate Yurgil joined the Department of Psychological Sciences in the fall of 2014. After receiving her B.A. in psychology in 2005 from Saint Louis University in St. Louis, MO, Dr. Yurgil earned her M.S. in psychological science from Tulane University in 2008.  She completed her Ph.D. in 2010, also from Tulane, with an emphasis in cognitive neuroscience.  Her doctoral research focused on using electroencephalography (EEG) to examine individual and age differences in attention and memory processes. After completing her doctorate, Dr. Yurgil conducted research in applied behavioral health at the VA Healthcare System in San Diego, CA. She continues to collaborate on projects related to posttraumatic stress, traumatic brain injury, and other mental and physical health outcomes following combat.

Dr. Yurgil enjoys involving students in multi-disciplinary research that integrates measures of human behavior, cognition, and neurophysiology. She and her students are currently investigating the effects of music training on memory and attention, as well as examining the neural basis of personal growth after trauma. She has presented her work at annual meetings for Cognitive Neuroscience Society, Society for Neuroscience, and International Society for Traumatic Stress Studies.