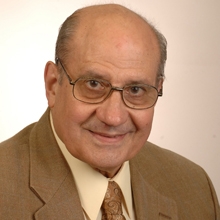 Patrick L. Bourgeois, the William and Audrey Hutchinson Distinguished Professor of Philosophy, has been on the Philosophy faculty at Loyola University since 1968. His first teaching position was in theology at Duquesne University. For three years at Loyola he was the dean of the Common Curriculum [Loyola University’s required courses serving as the liberal and general education core]. His special areas are 20th-21st century continental philosophy [especially Ricoeur, Heidegger, Merleau-Ponty], Kierkegaard, pragmatism and phenomenology, and philosophical theology. He has written more than 100 articles in addition to many book reviews in these areas, and has authored – co-authored nine books, among which are: Philosophy at the Boundary of Reason, Volume I Ethics and Postmodernity [the first of three volumes] SUNY Press, 2001; The Extension of Ricoeur’s Hermeneutics (Martinus Nijhoff, 1975); The Religious Within Experience and Existence: A Phenomenological Investigation (Duquesne University Press, 1990); Mead and Merleau-Ponty: A Common Vision, with Rosenthal, (SUNY Press, 1991); and Thematic Studies in Phenomenology and Pragmatism, with Rosenthal (Grüner, 1983).

Dr. Bourgeois has recently completed Philosophy at the Boundary of Reason: vol. II Imagination and Postmodernity, which is being considered for publication by a university press. He has read scores of papers and delivered numerous lectures. He has edited five volumes in continental philosophy and reviews article submission on request for a number of journals. He has been active on many committees in numerous professional societies, was President of the American Catholic Philosophical Association [2001-2002]; President for two years, Société Américaine de Philosophie de Langue Française], 2000-2002; President for about seven years, Gabriel Marcel Society, 1993-1999. He has served for fifteen years on the Board of Trustees for the St. Joseph Seminary College; and several years on the President’s Advisory Board of Our Lady of Holy Cross College, 2000, 2007, and since then, on the Board of Ambassadors, Our Lady Holy Cross College, 2007-present. He received Loyola’s Dux Academicus Award in 1993, and the College or Arts and Sciences Faculty Award for Excellence in Research in 2003; and Loyola University Senate Research Award, 2003. He is presently completing work on volume III of Philosophy at the Boundary of Reason. His ongoing research activity, which seriously impacts his classes, is largely funded by the William and Audrey Hutchinson Distinguished Professorship.