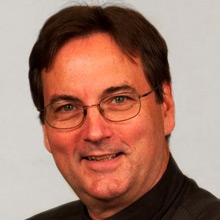 Fr. Gerlich is an Associate Professor of European History. He has a B.A degree in Philosophy from St. Louis University (1972), M.A. in European History from Saint Louis University (1977); Bakkalaureat in Catholic Theology from Hochschule Sankt Georgen, Frankfurt am Main, Germany (1980); and a Ph.D in Modern European History from Saint Louis University (1987). Prior to coming to Loyola in 1989, Fr. Gerlich was a member of the editorial and research staff of the Encyclopedia of Jesuit History project under the direction of the Jesuit Historical Institute in Rome, Italy (1987-1988). During the academic year 1988-1989, he took part in an intensive program of theological and historical study in Salamanca, Spain before returning to Rome to continue his research and writing projects. At Loyola, Fr. Gerlich has been very active in the institutional life of the university. He is a member and second vice-president of the Loyola Corporation and serves on numerous committees, including the Faculty Senate and the Board of Trustees. In 1996, he was appointed "rector," religious superior, of the Jesuit community at Loyola. He teaches World Civilization, Western Intellectual History, European History (1648-1815), Renaissance and Reformation History, Autobiography as History and World War I in History and Literature.