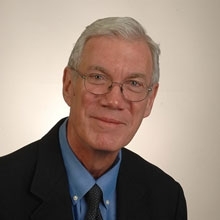 Bernard A. Cook, formerly Provost Distinguished Professor of History at Loyola University New Orleans, now Distinguished Professor of History Emeritus. He has taught at Loyola since 1968. In addition to Europe 1815-1914, Europe 1914-1945, and Europe since 1945, he offers courses on Historiography, the Holocaust, Nazi Germany, and World War I. He chaired Loyola’s Department of History from 1983 to 1989. After studying at the Gregorian University in Rome, and as a Fulbrght Fellow at the University of Marburg, he received his Ph.D. in Modern European History from St. Louis University. He authored Belgium: A History (2002) and Belgians in Michigan (2007). He is editor of Europe since 1945: An Encyclopedia (2001) and Women and War: A Historical Encyclopedia from Antiquity to the Present (2006). His recent articles include “Eugene Schuyler: Reports on the Bulgarian Question,” in Military History Collection (Sofia, 2007), “America and the Question of Dobrudja,” in The Epic of Tutrakan and the War on the Northern Front 1916-1918, (Tutrakan, Bulgaria, 2007), and “America and the Romanian Revolution of December 1989” in Clio 1989 (Bucharest, 2006). Since 1993, he has directed Loyola University’s Summer Program in Leuven, Belgium. In 2006, he received a fellowship from the Soros Open Society Institute in Budapest, as part of its Higher Education Support Program, to serve as a Non-resident International Resource Scholar with the History Department of the National University of the Kyiv-Mohyla Academy, Kiev, Ukraine. He taught a masters level course there on World War I. He was also invited to participate in the Hess Faculty Seminar at the United States Holocaust Memorial Museum in January 2008. In the Spring of 2008, he taught in the Loyola University of Southern Mississippi program in Pontlevoy, France. In addition to presenting papers at conferences in seventeen countries, he has been invited to give lectures and conduct seminars on ethnic conflict, war, and United States foreign policy at universities in Australia, Bulgaria, Italy, the Netherlands, Romania, and Serbia. He is on the Managing Committee of the American Research Center in Sofia, Bulgaria, and on the board of directors of the Consortium on the Revolutionary Era. He has been honored with the Excellence in Teaching Award and the Dux Academicus Award, both from Loyola. He completed a military history of Bulgaria and wrote the history of Loyola for the university’s centennial in 2012.