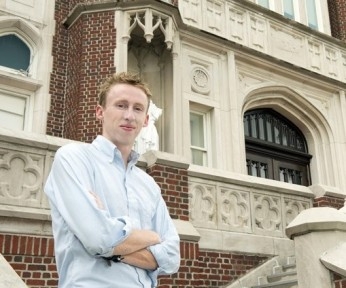 Mr. Dougherty, who took his BA in History in 2014, was recently awarded a Fulbright English Teaching Assistantship (ETA) to teach English in Indonesia.  When asked to reflect on his time at Loyola, he said, “Between its faculty and its student body, the humanities departments at Loyola University New Orleans provided me with a progressive community of thinkers and activists from which to grow intellectually and socially.  More specifically, I can directly attribute my development as a writer and critical thinker to my history major courses. Having taken a variety of courses, from Middle East History to Louisiana History, I am now a much more culturally sensitive and politically engaged person. I would not have joined a service organization (City Year) immediately after college if Loyola was not so committed to liberal ideals and social justice as it is today.”  Joseph maintains that meriting the Fulbright would not have been possible “if Loyola had not prepared me with the skills that such a competitive program requires of its applicants.”