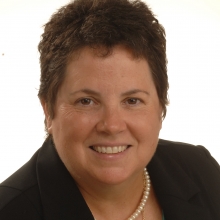 Dr. Rodriguez holds the Reverend Emmett M. Bienvenu, S.J., Distinguished Professorship in Classical Studies. She received her B.A. in Classical Studies from the University of Richmond, VA and M.A. and Ph.D. from The Johns Hopkins University in Baltimore, Maryland. She teaches Greek, Latin, and Greek and Roman Art and Archaeology as well as courses on Mythology and ancient history. As a graduate student, she excavated on the island of Cyprus in the eastern Mediterranean. Since coming to Loyola, she has taught at the Rome Center for Loyola Chicago and has traveled extensively throughout Italy and Greece. Her research interests include the poetry and monuments of Augustan Rome, Roman imperial portraiture and historic New Orleans. She is President of the New Orleans Society of the Archaeological Institute of America (AIA) which sponsors lectures on campus during the academic year. She is also serves on several AIA committees. Dr. Rodriguez received the 2014 Foot Soldier Award honoring her years of dedicated service to the New Orleans Society of the AIA and the 2015 Martha and Artemis Joukowsky Distinguished Service Award. She is a former president of the Louisiana Landmarks Society, a non-profit organization dedicated to historic preservation of the architectural treasures of New Orleans and of Louisiana. She worked as visiting curator for a special exhibit, "A Day in Pompeii", that opened in Mobile, Alabama (January 12-June 3, 2006) and later at the Science Museum of Minnesota in St. Paul (June 27, 2006-January 6, 2007).

Greek and Roman Art and Archaeology

Reflections of the Classical Past in New Orleans