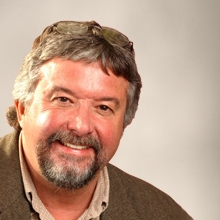 Dr. Ladd's major area of research centers around the impacts of environmental controversies and disasters on communities. He has published more than 40 articles, chapters, and reviews in such venues as Sociological Inquiry, Sociological Spectrum, American Behavioral Scientist, Social Forces, Rural Sociology, Humanity and Society, Journal of Public Management and Social Policy, Social Justice, and Environmental History. His most recent published research has documented the psychosocial impacts of Hurricane Katrina on the college students of Mississippi State University and New Orleans, as well as the socio-environmental impacts and conflicts surrounding salmon farms in the Pacific Northwest. Currently, he is researching the impacts of offshore aquaculture in the Gulf of Mexico, natural gas hydrofracking in Louisiana, and the continuing environmental and political issues surrounding the 2010 BP Oil Disaster.

Impacts of environmental controversies on communities and the emergence of grassroots protest movements as a response to environmental degradation.