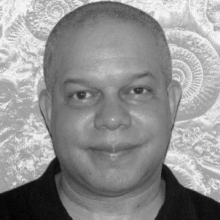 Dr. Saunders joined Loyola in 2020. He has had a long career of studying and teaching about topics of biochemistry dealing with aspects of human physiology. His dissertation Arachidonic Acid Metabolism during Spinal Cord Injury examined how production of reactive oxygen species (ROS) contributed to tissue inflammation, tissue destruction, and subsequent loss of function after spinal injury. He studied the effects of antioxidants and their ability to prevent tissue destruction after injury. Dr. Saunders conducted postdoctoral research in the Department of Biochemistry at the Medical College of Virginia in Richmond. The project involved using in vitro cultures of Schwann cells (glial cells of the peripheral nervous system). Loss of Schwann cells during injury/disease contribute to paralysis. He examined ways to increase the proliferation of Schwann cells to replace those that are lost during injury/disease. The idea is to increase recovery of function suffered during diseases such as multiple sclerosis. After the postdoctoral appointment, Dr. Saunders spent time in the central nervous system division of the pharmaceutical company Eli Lilly and Company in Indianapolis. The general area of research involved brain dysfunction such as seen during stroke and Alzheimer’s disease. He used in vitro cultures of brain hippocampal neurons to test novel therapeutic compounds for their ability to promote neuron survival.