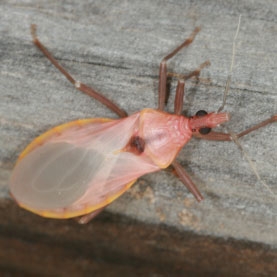 Biology alumna, Rachel Nuwer, publishes "Bugs That Transmit 'Silent Killer' Are Biting More in U.S" online in Scientific American. Rachel writes: "Transmitted by bloodsucking kissing bugs, tropical Chagas disease—which afflicts millions in Central and South America—may affect more people in the U.S. than previously thought. Although doctors officially have recorded only seven cases of new human infections in North America, a new study found that five of 13 kissing bugs collected from California and Arizona had bitten a human host—and many of the bugs they collected were infected with Chagas." Quoting her former professor, Loyola's Dr. Patricia Dorn, the article adds: "The dogma is that bugs and humans are quite separate in the U.S. But now it seems that contact is not as rare as we thought."

Click here to read the article in its entirety.