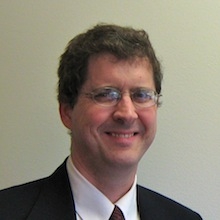 Dr. Gossiaux specializes in the history of medieval philosophy and classical metaphysics. He is particularly interested in the philosophical thought of the thirteenth and fourteenth centuries. Dr. Gossiaux's current research centers on the metaphysical thought of James of Viterbo (1255-1307/8), and his relation to other key figures of his day, such as Giles of Rome, Henry of Ghent, and Godfrey of Fontaines. Dr. Gossiaux teaches courses in the history of philosophy (ancient, medieval, modern), as well as courses in metaphysics, and logic. He has also served as Director of the Catholic Studies program.

Philosophy and Religion in the Middle Ages

The Philosophy of Duns Scotus