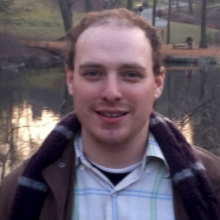 Dr. Julian Katz has been a member of the Philosophy faculty at Loyola University since Fall 2020. He has also taught Philosophy at Ohio University (Fall 2010 – Spring 2012), and Tulane University (Spring 2013 – Fall 2019). He has taught mulitple courses, including: Principles of Reasoning (Ohio), Ethics (Tulane), Critical Thinking (Tulane), Introduction to Philosophy (Tulane), Philosophy of the Human Person (Loyola), Medical Ethics (Loyola), The Ideal World (Loyola). He will also be teaching two new courses this year at Loyola: Making Moral Decisions, and The Hebrew Heritage. He has a background in Jewish Studies and Philosophy generally, and has interests in Existentialist thought (especially Kierkegaard, Dostoevsky, and Camus). He specializes in 18th-19th century continental philosophy, with a special focus on Kant and his contemporaries on Religion, Politics, and Ethics. He has presented at several conferences in the US and abroad: New Mexico Texas Philosophical Society (2017), Long Island Philosophical Society (2017), SDSU Social and Political Philosophy Conference (2017), and ECPR General Conference at Universitet I Oslo (2017).