Former Associate Professor of Philosophy and Chair of the Faculty Senate 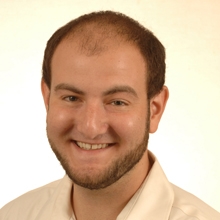 My research up until now has been focused on answering the general question of what makes us warranted in our ordinary, common beliefs about the world. In virtue of what is it rational or appropriate for you to believe, say, that there is a computer screen in front of you or that traffic will be slow during rush hour today? In connection with this topic, my philosophical areas of interest lie primarily in epistemology and philosophy of mind. In epistemology, I have interests in the problem of skepticism and also the debate over whether warrant is internal or external to the believer’s mind. Most of my work in the philosophy of mind has centered on the nature of perceptual experience. Specifically, I am investigating whether certain views about the mind, such as the views that perceptual states are externally individuated and that perception has nonconceptual content, have any bearing on the epistemology of perceptual belief. I have a suspicion that they do, and I hope to argue for this in the near future. I also have other minor interests in issues relating to consciousness and the possibility of voluntary control with respect to our beliefs.