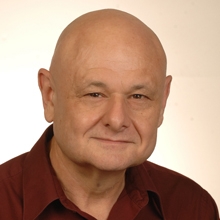 John Clark is a native of the Island of New Orleans, where his family has lived for twelve generations. He is Professor Emeritus at Loyola University, where he was formerly Gregory F. Curtin Distinguished Professor of Humane Letters and the Professions, Professor of Philosophy, and a member of the Environment Program.  He is Coordinator of La Terre Institute for Community and Ecology, which sponsors courses, projects and events in New Orleans and on eighty-seven acres on Bayou La Terre, near the Mississippi Gulf Coast. Its programs are aimed at social and ecological regeneration and the creation of a cooperative, non-dominating earth community. He also works with the Institute for the Radical Imagination in New York. His books include Max Stirner’s Egoism, The Philosophical Anarchism of William Godwin, The Anarchist Moment, Anarchy, Geography, Modernity, The Impossible Community, and The Tragedy of Common Sense(forthcoming). He edited Renewing the Earth: The Promise of Social Ecology and Elisée Reclus’ Voyage to New Orleans, and co-edited Environmental Philosophy: From Animal Rights to Radical Ecology and Les Français des Etats-Unis. Works under his pseudonym, Max Cafard, include The Surregionalist Manifesto and Other Writings, FLOOD BOOK, Surregional Explorations, and Lightning Storm Mind (forthcoming).  He is at work on a second volume of The Anarchist Moment,Between Earth and Empire, a comprehensive reformulation of the philosophy of social ecology; The Nuclear Thing, an analysis of the radioactive object of the social imagination; The Trail of the Screaming Forehead, a critique of egoism and nihilism; and Bitter Heritage, a historico-philosophical reflection on culture and crisis in nineteenth-century New Orleans, based on his translation of four hundred pages of family correspondence. He writes a blog, “It Is What It Isn’t,” for Changing Suns Press, does a column, "Imagined Ecologies," for the journal Capitalism Nature Socialism, and edits the cyber-journal Psychic Swamp: The Surregional Review. His interests include dialectical thought, ecological philosophy, environmental ethics, anarchist and libertarian thought, the social imaginary, cultural critique, Buddhist and Daoist philosophy, and the crisis of humanity and the Earth. An archive of about three hundred of his texts can be found athttp://loyno.academia.edu/JohnClark. He has long been active in the radical ecology and communitarian anarchist movements, and is a member of the Education Workers’ Union of the Industrial Workers of the World.