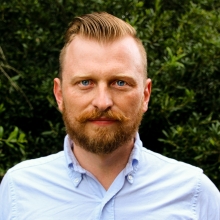 John Boyer's training is in the History of Philosophy, specifically medieval Aristotelian scholasticism. His philosophical interests include issues in philosophy of science and philosophy of nature (e.g. causality, explanation, time, quantum physics), with an emphasis on their treatment in the Aristotelian-Thomistic tradition.

John's current research focuses on Aristotle's philosophy of science (especially his theory of causal explanation) and how it was built upon by scholastic thinkers such as Albert the Great and Thomas Aquinas.

He also serves as a senior editor at Reality: A Journal for Philosophical Discourse (http://realityjournal.org)