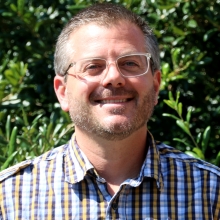 After completing his B.A. in philosophy with a minor in bioethics from the University of Akron, Joel McClellan was then a United States Peace Corps Volunteer in Panama. There, he worked in environmental education and sustainable development through 2005. Afterwards, he pursued and completed a Ph.D. in Philosophy, specializing in ethics at the University of Tennessee.  His dissertation “Minding Nature: A Defense of a Sentiocentric Approach to Environmental Ethics”, defends a sentience-based notion of moral considerability and argues that it provides compelling grounds for environmental conservation, and was supervised by John Nolt. Joel then spent one year apiece at Washington State University and Binghamton University, SUNY, with Visiting Assistant Professorships teaching courses in ethics, social and political philosophy, philosophy of biology, and logic.  In the summer of 2013, Joel was a scholar-in-residence at Wesleyan University as the New York University Animal Studies Initiative’s 2013 Animal Ethics and Public Policy Fellow under the auspices of the Animals and Society Institute.  He is currently Visiting Assistant Professor of Philosophy at Loyola University New Orleans.  His publications include articles in Ethics & Environment, Between the Species, and the Journal of Animal Ethics, and he has presented his research in the United States, Canada, and the Netherlands to organizations such as the American Philosophical Association, International Society for Environmental Ethics, Minding Animals International, and the Association for Practical and Professional Ethics.