Chair of the Department of Philosophy; Professor 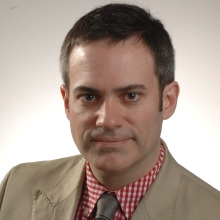 Dr. Berendzen specializes in 19th and 20th Century European philosophy, focusing on German Idealism, Frankfurt School critical theory, and French existential phenomenology.  Much of his research is concerned with drawing links between so-called Continental philosophy and certain movements in contemporary Anglo-American philosophy.  Along with teaching in his research areas, he regularly teaches courses on topics in political philosophy and philosophy of law.

Naturalism and its Critics