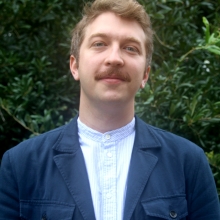 My main interests lie in Early Modern philosophy, esp. 17th-century philosophy. Spinoza in particular has been on my mind for awhile, and a few publications have begun to emerge from my work on his philosophy.

You can read a bit more about my research, teaching, and other activities here: https://www.jackstetter.com

My recent publications include a paper on the first French Cartesian refutation of Spinoza's Ethics by François Lamy (Journal of Modern Philosophy, 2019) and a volume of papers on Spinoza I co-edited with Charles Ramond, Spinoza in Twenty-First Century American and French Philosophy (Bloomsbury Academic, 2019). Other forthcoming publications include a paper on Spinoza and Judaism in the French Context (Modern Judaism) and chapter on Spinoza and Popular Philosophy (Blackwell, ed. Yitzhak Melamed).