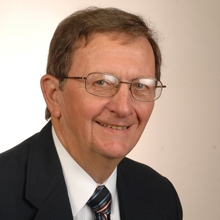 Gary Herbert, the retired Rev. Guy LeMieux SJ, SAK Distinguished Professor, was a
member of the Loyola philosophy faculty from 1972 to 2011. In 2001, he was the
recipient of Loyola's Dux Academicus Award.

His areas of teaching and research at Loyola included Political Philosophy, Modern
Rationalism, Metaphysics, History of Philosophy (especially Ancient and Modern),
German Idealism, The Philosophical History of Rights, Philosophy of Law; Thomas
Hobbes; Immanuel Kant. For over a decade, he was the editor-in-chief of Human
Rights Review, an international, interdisciplinary journal published at that time by
Transaction Publishers, Rutgers, and after a few years, by Springer Verlag. After his
retirement, the journal, Human Rights Review, created the “Human Rights Review
Gary Herbert Award” which it gives to the best article published in the journal in the
preceding year. Herbert also served as a guest editor for Hobbes Studies, a journal
published by Brill. Dr. Herbert was also nominated in 2006 for the United Nations
25th UNESCO Prize for Human Rights Education for his scholarly work on human
rights.

Dr. Herbert is the author of Thomas Hobbes: The Unity of Scientific and Political
Wisdom (1989) and A Philosophical History of Rights (2002). His book on Thomas
Hobbes was honored in 1990 by the American Philosophical Association by serving
as the subject for the first author-meets-critics session held by the APA.