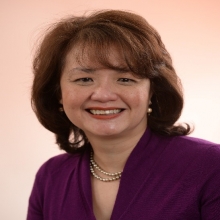 Selected publications include: The Sartrean Mind (co-edited with Matthew Eshleman, a 42-chapter volume devoted to the entire Sartrean corpus in philosophy, literature, psychoanalysis, and politics. Routledge, 2020); Gender Struggles: Practical Approaches to Contemporary Feminism (with J. Murphy, Rowman & Littlefield, 2002);  “Intersubjectivity and the Look” (2020); “The Future of the University: Stiegler after Derrida,” (with J. Murphy, 2019); “Victims, Power, and Intellectuals: Laruelle and Sartre,” (with J. Murphy, 2018); “Pierre Loves Horranges: Sartre and Malabou on the Fantastic in Philosophy,” (with J. Murphy, 2015); “’Revolutionary Road’ and The Second Sex” (with J. Murphy, 2012); “Sartre’s Sketch of the Emotions: A Critical Reconstruction,” (2010); “Willing the Freedom of Others After 9/11: A Sartrean Approach to Globalization and Children’s Rights” (with J. Murphy, 2007); “A Feminist-Sartrean Approach to Understanding Rape Trauma,” (2004); “Enduring Freedom: Globalizing Children’s Rights” (with J. Murphy, 2003); “Pornography, Objectification, and the Sartrean ‘Look’” (2001); “Sartre and Marcel on Embodiment: Reevaluating Traditional and Gynocentric Feminisms”, (1999); “Rethinking the Pornography Debate: Some Ontological Considerations” (1998); “On Gordon’s Sartre and Evil” (1997);”On the Empirical Status of Radical Feminism” (1990); “Against Cartesian Dualism: Strawson and Sartre on the Unity of Person” (1991); “Sartre’s Sexism Reconsidered” (1989). Dr. Mui is recognized for her work in developing and adopting a viable philosophical framework for feminist theory based on Sartrean ontology.

Dr. Mui is the 2013 recipient of the Dux Academicus Award.  She co-founded (with history professor Nancy Anderson and English professor Barbara Ewell) the Women’s Studies Program, the first multidisciplinary program at Loyola University.  Her professional service includes leadership positions in many organizations.  She has held several offices in the North American Sartre Society, and was President of the Society from 2003 to 2005.  She served on the Diversity Committee of the Society of Phenomenology and Existential Philosophy from 2001 to 2005. She is President of the Central Division Sartre Circle, as well as an Executive Editor for the journal, Sartre Studies International.