Dr. Mark Gossiaux wins the College of Arts and Sciences Faculty Excellence Award in Research for 2022 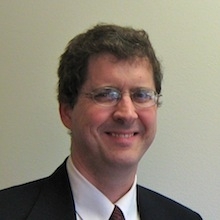 Dr. Mark Gossiaux, Professor of Philosophy, received the College of Arts & Sciences 2022 Excellence in Research Award. A noted scholar of late medieval philosophy, Dr. Gossiaux was recognized for his 2021 article, "James of Viterbo on Seminal Reasons as inchoationes formarum" which was published in Vivarium, one of the leading journals in the world for the study of medieval philosophy and widely recognized as an unrivaled resource for the history of logic, semantics, epistemology, and metaphysics.

In 2020 Dr. Gossiaux gave the Keynote Address ("Giles of Rome and the Reification of Esse) at an
international conference (Essence and Existence in the 13th and 14th Centuries), which was held at
Katholieke Universiteit Leuven (Belgium), one of the leading research centers for the study of medieval
philosophy.

Currently Dr. Gossiaux is completing (with Dr. Christopher Schabel of the University of Cyprus) a
critical edition of the final questions of James of Viterbo's Quaestiones de divinis praedicamentis. This
edition, in preparation for Leuven University Press, is based upon five Latin manuscripts (four from the
early 14th century, one from the 15th century). As one scholar has aptly described it, "In the complicated
field of medieval intellectual history, critically editing a philosophical text is the most difficult and
demanding task, because so much can go wrong. The editor is primarily dealing with transcription errors
made by professional scribes, for the most part, so it is no wonder that making a good edition is extremely
hard, requiring linguistic knowledge, paleographical skills, philological experience, and powers of
concentration that most medievalists do not possess"

Please join the Philosophy Department in congratulating Dr. Gossiaux and wishing him success
in his future research endeavors!