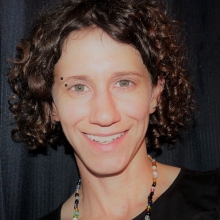 Whitney Mackman earned her M.F.A. in Creative Writing with a specialty in Poetry and extensive study of Creative Nonfiction at the University of New Orleans. She received her B.A. in English from the University of Puget Sound, where she wrote weekly columns and was Opinions Editor for the university newspaper. Whitney also coaches mountain biking for a nonprofit in Colorado and referees for high school and college lacrosse.

In 2014, Whitney published one of the last interviews with Dr. Maya Angelou in The Rumpus, and, in 2018, Finishing Line Press published her chapbook, What Ties Us. Her travel writing can be found on noadventure.com, airplanereading.org, and wesaidgotravel.com; some of her poems can be found in The Poet’s Billow, Apalachee Review, Furious Season, and Sliver of Stone.