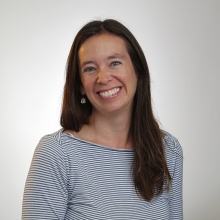 Tracey Watts completed her M.A. at the University of Montana in Missoula and her Ph.D. in Ethnic and Third World Literatures at the University of Texas at Austin. Her scholarly interests include New Orleans literature, Native American literature, and 19th century American literature. Her scholarly work has appeared in the journals Matatu and Southern Literary Journal. Her creative work has appeared in 14 Hills, New Delta Review, The Portland Review Literary Journal, and Antietam Review. She is delighted to be teaching at her alma mater, where she graduated with a degree in English (concentration in writing).