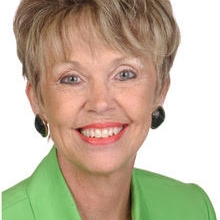 Professor Melanie McKay received her Ph.D. in English from Tulane University in 1982 and joined Loyola's English department in 1990. She served for a over a decade as director of Writing Across the Curriculum and worked extensively with New Orleans’ literary community, serving for three years as the programming director for the Tennessee Williams/New Orleans Literary Festival, an event that brings writers from across the nation (and the world) to New Orleans each spring. Her teaching and research at Loyola have spanned women's studies, critical theory, contemporary literature, and professional writing. Dr. McKay served in the Provost's Office and later served as Vice Provost for Academic Affairs until 2018.