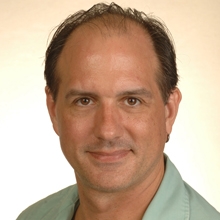 C. W. Cannon attended Orleans Parish Public Schools (McDonogh 15, Gregory, Ben Franklin, and NOCCA), and went on to Northwestern University, majoring first in music composition, but finishing with a degree in German Language and Literature. After a few years’ residence in Europe (mainly in Berlin), he returned to the U.S. to earn a Masters and a PhD in English at the University of Illinois at Chicago. He is the author of a novel, Soul Resin, which, according to Luis Alberto Urrea “foments cognitive revolutions…New Orleans has always been clogged with restless dead: here, they slither among the ghosts of the living and seem to outlive them. Truly original.” He has also published short fiction, essays, and book reviews, in Third Coast, Other Voices, New Orleans Review, Constance, American Book Review, Louisiana Cultural Vistas, the Times-Picayune, and nolafugees.com. His work has been anthologized in Louisiana in Words, Do You Know What It Means to Miss New Orleans?, In Our Own Words: A Generation Defining Itself, and New Orleans by New Orleans. He is a frequent contributor to The Lens (thelensnola.org), where he writes about New Orleans, the South, and race. The New Orleans Press Club recognized Dr. Cannon as the best local columnist of 2013 for his work in The Lens. In 2010-2011, he was the Fulbright Lecturer in American Literature and Culture at Université Chekh Anta Diop, Dakar, Sénégal.  Dr. Cannon teaches courses in the common curriculum and in New Orleans Studies.