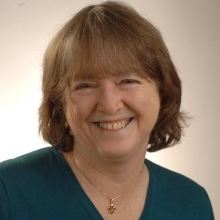 Prof. Barbara Ewell earned her Ph.D. in English literature from the University of Notre Dame. She is author of Kate Chopin, a bio-critical study, lots of articles on Renaissance poetry, various North American writers, and feminist pedagogy. She has co-edited two collections, Louisiana Women Writers: Critical Essays and Bibliography and Southern Local Color: Stories of Region, Race and Gender. A native of Baker, Louisiana, she attended the University of Dallas and taught across the fence at Tulane and up the road at the University of Mississippi before settling in at Loyola's City College in 1984. As the Dorothy Harrell Brown Distinguished Professor, she continued to instruct and advise adult students in the Humanities Program and also teaches in the Women's Studies Program. She received the Dux Academicus Award in 2003, has taught online courses since 1997, and can be obsessive about recycling.