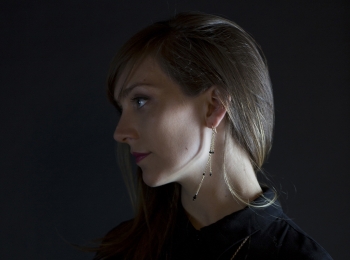 Critically-acclaimed novelist and Loyola English alumna Catherine Lacey '07, recently received rave reviews from the New York Times and Vogue for her second novel The Answers, which is the "Must Read of the Summer," according to Vogue, and one of 12 new books recommended this week by the New York Times.

Catherine, who holds a Bachelor of Arts degree in English from Loyola, as well as an MFA from Columbia University released her first novel, Nobody Is Ever Missing, in 2014 through Farrar, Strauss and Giroux to great acclaim. Her writing has appeared in The Believer, The Atlantic, The Paris Review Daily, and elsewhere. Last year, she won the prestigious $50,000 Whiting Award, which is given annually to emerging writers in fiction, nonfiction, drama and poetry.