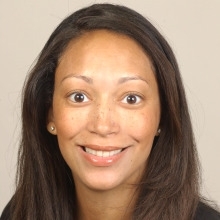 Liv Newman received a bachelor of arts in history from Emory University, followed by a master of arts in education policy from Stanford University. After the completion of her master's degree at Stanford, Liv taught in the New Orleans public school system. Upon returning to graduate school, she completed a master's degree in Sociology at the University of Florida, studying with the eminent race scholar, Dr. Joe Feagin. In 2014, she completed a dissertation titled, "Race and Class in the Twenty-First Century: The Lived Experiences of Professional-class Black Americans."

Liv's reserach interests center around inequality, generally, and racial and class inequality specifically. she also has an interest in the way education plays a role in perpetuating inequalities. Liv's teaching interests reflect her commitment to exploring the various areas of inequality within the United States context. She has taught numerous classes related to race/ethnicity, class, gender, and education.

Race and Ethnic Conflict
Gender in the Media
Diversity in Society (a first-year seminar)
Race, Racism, and Privilege (online)