Associate Dean of the College of Arts and Sciences; Associate Professor of Philosophy 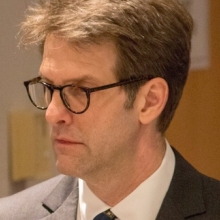 My primary areas of research are moral theory and applied ethics, especially the ethics of technology, though my teaching interests include political philosophy, philosophy of law, philosophy of mind and action, feminist philosophy, and both decision and game theory.

My most recent publications:

Occasionally, I publish lighter pieces that intersect with various aspects of popular culture.