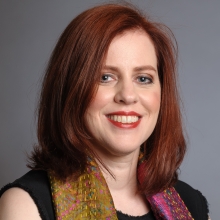 In Cole’s exhibition entitled, Living Drawings, she used controlled line drawings made with bioluminescent bacteria. The bacteria were grown in a host environment and become collaborators in the art as it grows, then dies. In yet another series, Living Light, Cole uses photography to record people and objects by the light of bioluminescent bacteria.

Cole’s art has been shown in New York, San Francisco, the United Kingdom, Italy, Japan and the Czech Republic. Hunter Cole co-authored the paper, “Art and Genetics” with Joe Davis, Dana Boyd and Marek Wieczorek, published in the Encyclopedia of Life Sciences (ELS). She has been the subject of numerous newspaper and magazine articles and has been included in such publications as:  Science, The Scientist, the Chicago Tribune, Detroit Free Press, Muy Interesante (Spain), Le Monde, and Beaux Arts magazine (France).

Additionally, Hunter Cole has presented seminars on art and science throughout the United States and internationally including:  School of the Art Institute of Chicago (SAIC), American Museum of Natural History (New York), Massachusetts Institute of Technology (MIT), Dialogue Between Science and Art Workshop in Hluboka, Czech Republic, and SymbioticA at the University of Western Australia in Perth, Australia.