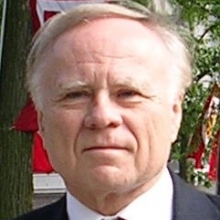 Kenneth Keulman is a professor at Loyola University, where he teaches courses in ethics and international relations. He is the author of The Balance of Consciousness: Eric Voegelin’s Political Theory, editor and coauthor of Critical Moments in Religious History, coauthor of Horizons of Value Conceptions, and coauthor of European Identity. He has contributed chapters in edited volumes on subjects such as nuclear weapons policy, security and defense policy in the European Union, violence and coexistence, and civic education. Keulman has contributed to journals such as The Bulletin of Atomic Scientists, Harvard International Review, French Politics and Society, and Harvard Law and Medicine Bulletin, and is also review editor of Human Rights Review.

Keulman has been a research associate at the Center for European Studies at Harvard, where he directed a seminar on “Nuclear Politics and Society”; visiting fellow at the Center of International Studies, Woodrow Wilson School of Public and International Affairs, Princeton University, where he directed a seminar on “Post-Communist Transitions in Eastern Europe”; visiting scholar and associate at the Weatherhead Center for International Affairs, Harvard University; and visiting scholar at Harvard Law School and Stanford Law School. He is also an associate of the Atlantic Council.

Keulman was a participant in the Stanford Conference Group on Regional Security Environment/Carnegie Commission on the Prevention of Deadly Conflict. He also participated in the Carnegie Council on Ethics and International Affairs Project on Environmental Policy. He has taught at Harvard and Rice University.