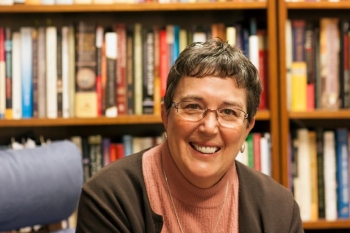 Dr. Robbie Fox Castleman ’85 recently published a new book, New Testament Essentials: Father, Son, Spirit, Kingdom with IVP Connect Press in August 2014. This is her eighth book since graduating from Loyola. She is currently under contract from Baker Books Academic for her next book, The God-Breathed Word: Trinitarian, Canonical, Speech Act Hermeneutics, due out in summer 2016. She is a professor of theology and the New Testament at John Brown University in Arkansas.

"I was introduced to the gospel of Jesus Christ as a college student. The Jesus of the New Testament overwhelmed me, and by God's grace Jesus still does," writes Dr. Castleman.

Her other works include: