Can Nanoparticles be used to control cellular process?

Student researchers in Dr. Kargol’s Biophysics Lab study the question whether magnetic or multiferroic nanoparticles can modify the behavior of ion channels in cellular membranes. Ion channels are proteins that facilitate controlled exchange of Na+, K+, Ca2+ etc. ions between the cytosol and the extracellular medium. They are responsible for neural signaling, muscle contraction and other physiological reactions.
Kaough Baggett has been working on experiments aimed at determining the effect of polar and non-polar nanoparticles on ion channel gating using the method of patch clamping. In the picture Kaough is showing how to operate the state-of-the-art, newly-acquired Nanion Port-a-Patch automated patch-clamping system. 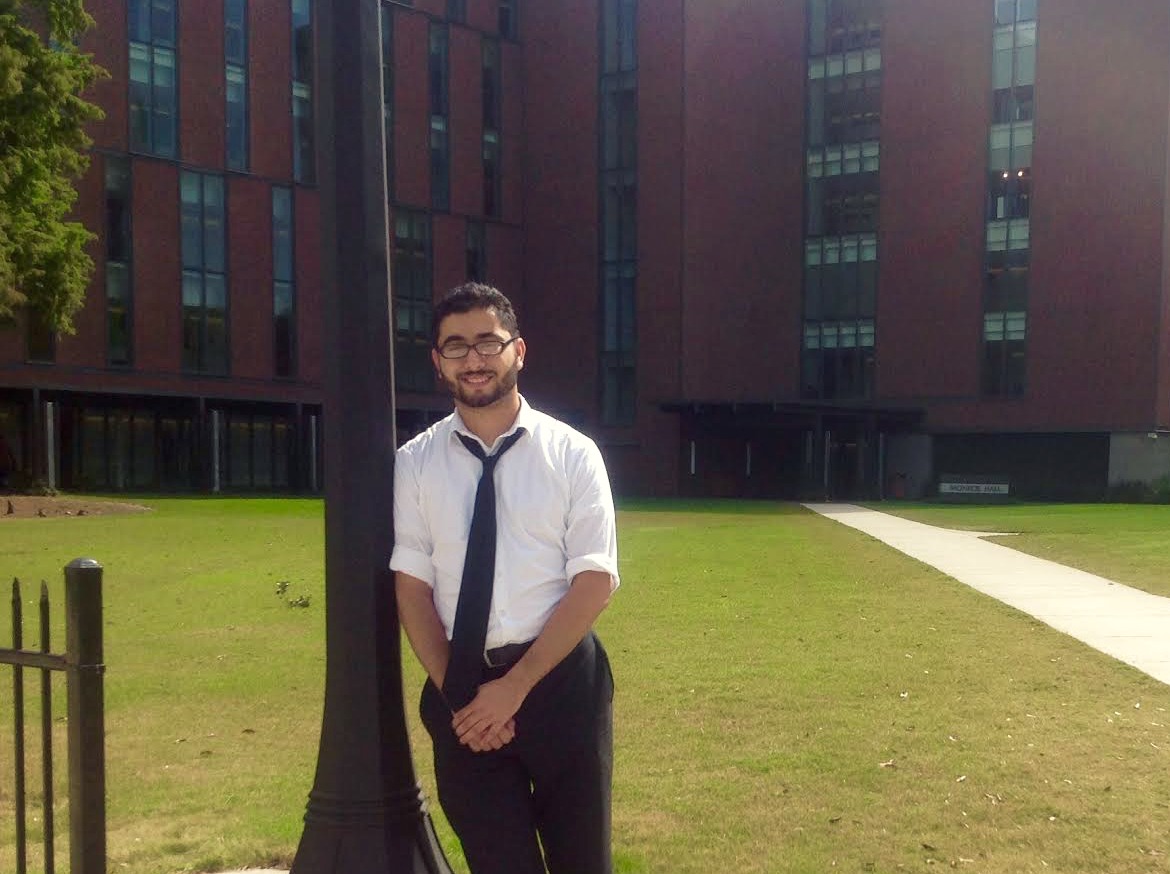 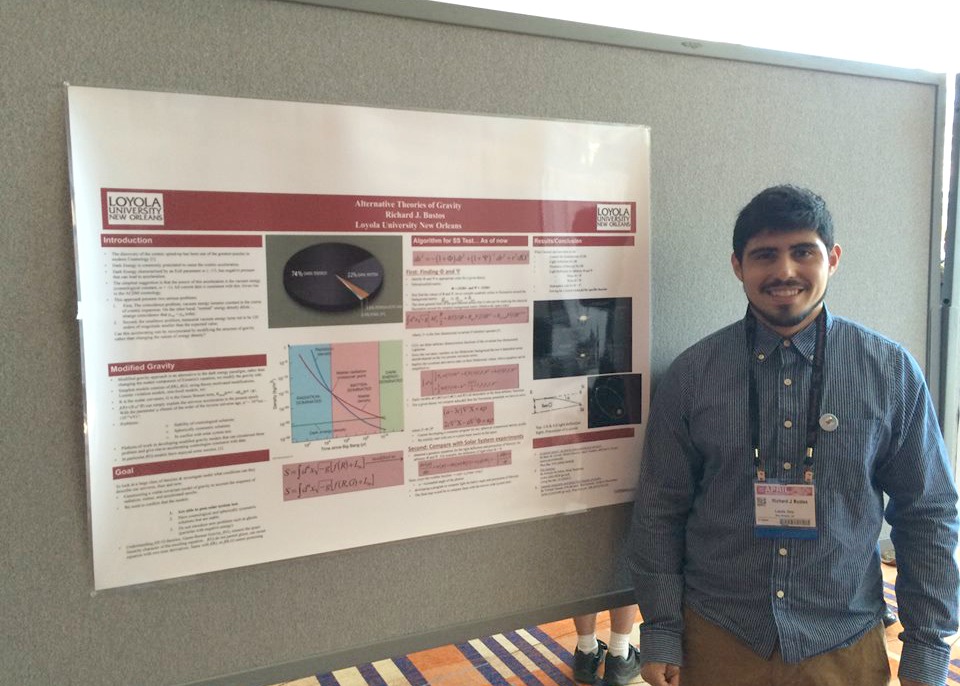 Former Physics student, Richard Bustos, answered this question and more when he presented his work "Constraining Theories of Gravity From Light Deviation Experiments" at the American Physics Society meeting held in Salt Lake City, Utah in April. Bustos conducted his research with the assistance of Dr. Biswas here at Loyola University. You can find more information on Bustos presentation here.

This was Bustos second time presenting for the American Physics Society.

Students at the physics department at Loyola are among the most active on campus in terms of their involvement with research, commitment and participation in various outreach programs mainly aimed at energizing school kids towards science. They also participate in on-campus events such as the President's open house and the Monroe Rededication Ceremony. The Loyola physics students fully deserved their recognition as a "distinguished" chapter by the National Student Physics Society.

"Chapter recognition was determined by a careful review of chapter reports using the Chapter Report Rubric. Reviewers gauge how well the report conveys the chapter's participation in interactions and activities that center around the mission statement for SPS." - SPS Website

Michael Kammer (Physics'12) has received a Master's degree in Biomedical Engineering from Vanderbilt University. His thesis title is "Characterizing Aptamer-Small Molecule Interactions with Backscattering interferometry". He is also a co-author of two articles recently published in The Analyst and in PNAS Plus.