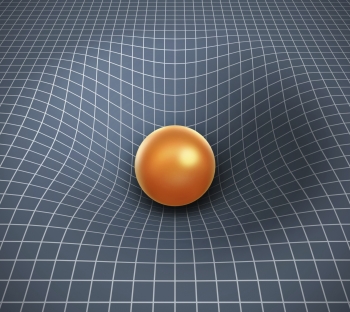 There is a long history in gravitational physics at Loyola. Professor Emeritus Carl Brans is world-renowned for his development of the scalar-tensor theory of gravity. Known as the Brans-Dicke theory, this modification/extension of Einstein’s theory of General Relativity is still very relevant, and generates a lot of interest, particularly in cosmology, even today.  Carl’s collaboration with the Torsten Asselmeyer-Maluga resulted in their book, Exotic Smoothness and Physics, which surveys extensively exotic differentiable structures on 4-dimensional manifolds and their potential impact on physical theories involving spacetime models.

Former Loyola faculty member Tirthabir Biswas also worked in the area of gravitation and cosmology. He collaborated with a number of Loyola students over the years on theoretical ideas in gravitation with implications for cosmology.

Professor Martin McHugh worked for many years on the experimental side of gravitation. First in tests of the equivalence principle, then in the effort to detect gravitational waves. He worked on resonant mass gravitational wave detectors, then with interferometers when he joined the LIGO Science Collaboration. After being part of that group for nearly 10 years he left to pursue other research interests. However, he was quite gratified when LIGO made the first direct detection of gravitational waves, reported in 2016. That work led to the Nobel prize for the leaders and founders of the project, and gravitational waves have become a tool to study astrophysics, cosmology, and as a probe to a better understanding of the gravitational interaction.

Finally, Professor McHugh has done some work in the history of gravitational physics, in particular the pioneering work of Robert H. Dicke. Dicke made significant contributions in many areas of physics over the second half of the twentieth century. A short list of his accomplishments include the invention of the microwave radiometer, work in atomic physics on the narrowing of spectral lines by use of a buffer gas (sometimes referred to as ‘Dicke narrowing’), and foundational work on the theory of superradiance. But Dicke is best known for his work in gravitational physics – both his pioneering experiments, and his role in the development of the Brans-Dicke theory. The latter, as noted above, done with Loyola Professor Emeritus Carl Brans when he was a graduate student at Princeton. Dicke also played a pivotal role in the discovery of the Cosmic Microwave Background.