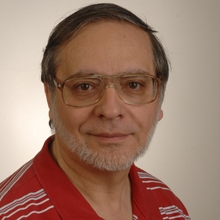 Dr. Tucci's main research focus is in abstract Mathematics. He has been a regular participant in the Tulane Algebra Seminar since 1985, giving at least one talk per semester on his own and others' research. He has also spoken frequently at the Southern Regional Algebra Conference, and he helped to organize this conference when it was held at Loyola University New Orleans in 2002.