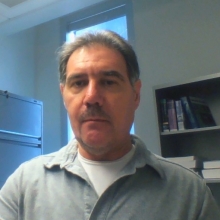 Dr. Omar EL Khatib received a Ph.D. in Computer Science from the New Mexico State University in the summer of 2007 and joined the Loyola faculty in the Fall of 2017. Prior to that, Dr. El khatib was an assistance professor in Taif University for seven years, Software Developer in Epic System Corporation in Madison/WI for two years.

Department of Mathematics and Computer Science