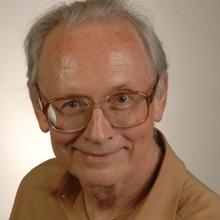 Dr. Randall has been a member of the mathematics faculty at Loyola University New Orleans since August, 1988. He was a member of the mathematics departments at the University of Notre Dame from 1968-1973 and at the Pontifical Catholic University of Rio de Janeiro from 1973-1988. He oriented four doctoral dissertations in algebraic and differential topology and eight masters theses in topology and algebra before joining the Loyola faculty. He continues to carry on research activities in algebraic and differential topology and enjoys teaching courses in abstract algebra, linear algebra, topology and geometry. He served as director of the MST program in mathematics from 1990-1993 and chaired the department from 1990-1992.