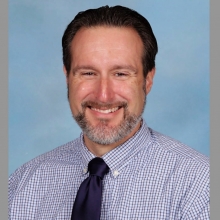 Dr. Wayne L. Rupp, Jr. received a B.A. in Classical Civilizations and English Literature at Loyola University New Orleans in 1996, an MA in Classical Archaeology at the University of Arizona, and finally a second MA in Latin and a Ph.D. in Classics from Florida State University in 2007. He is currently the Latin teacher at St. Mary’s Dominican High School in addition to being an adjunct professor at Loyola where he teaches a wide variety of Classics courses for the Department of Languages and Cultures. He has also participated in excavations at Chianciano Terme with the University of Arizona field school under the direction of Prof. David Soren and at Poggio delle Civitelle, a Florida State University field school, under the direction of Prof. Nancy de Grummond and Prof. Claudio Bizzarri. He is a native New Orleanian and is thrilled to be home teaching something that he loves for his alma mater.