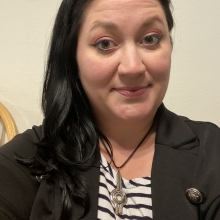 Samantha Urso received a B.A. in Classical Studies from Loyola University New Orleans in 2014 and a M.A. in Classical Studies from the University of Oregon in 2016. She is currently the Foreign Language Department Chair and Latin teacher at a local high school. She has excavated in Cyprus at the Prastio- Mesorotsos Archaeological Expedition with the University of Edinburg field school in 2012 and 2013. Her interests include a wide variety of topics from Greek and Roman culture including, Mythology and Religion, Drama and Archaeology. She continues to research her love of the concept of Pietas in Vergil’s Aeneid and the use of the ablative in Latin.  She is a thrilled to return to her Alma Mater as an instructor!

Greek and Roman culture, Mythology and Religion, and Drama and Archaeology