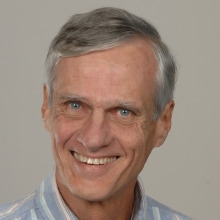 Robert Dewell taught German language, German cultural history, and linguistics at Loyola from 1976 to 2014. He served as Department Chair from 1982 to 1987 and again from 2005 to 2007. He was Director of the Ross Foreign Language Center from 1988 to 1993, and coordinated Loyola in Berlin from 2001 to 2004. He is the author of multiple articles in the field of cognitive linguistics, as well as two books: The Meaning of Particle/Prefix Constructions in German (2011) and The Semantics of German Verb Prefixes (2015).