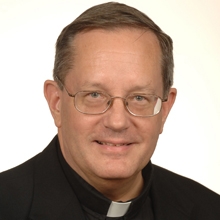 Fr. William Farge, S.J, completed his theological studies for the priesthood in Tokyo, Japan, where he received an M.A and S.T.L degree in dogmatic theology from Sophia University. He subsequently taught English and religion at Jesuit high schools in Hiroshima and Kobe, Japan from 1978 to 1990.

On his return to the U.S. he attended Indiana University where he received a M.A. and Ph.D. degree in Japanese language and culture.

His publications include The Japanese Translations of the Jesuit Mission Press, 1590-1614, an in-depth study of the Buddhist terminology used to translate Imitatio Christi (1441), Guía de Pecadores (1567), and other European Catholic texts into Japanese.