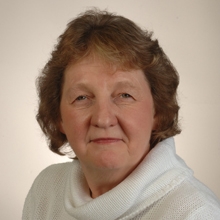 In 1971 my husband and I moved from North Carolina to Lafayette, Louisiana. I began my teaching career at Rayne High School in Acadia Parish. There we experienced the Louisiana French culture and decided that we wanted to make our home in Louisiana. We moved to New Orleans in 1972. I taught at Loyola from 1977 until 2014. One aspect of my teaching that I have most enjoyed and believe has been of lasting benefit to many of the students studying French has been my work over the years with CODOFIL (The Council for the Development of French in Louisiana). This organization has provided many Loyola students scholarships to study in France and other French-speaking countries.

My undergraduate work was in French and Spanish with a concentration in Foreign Language Education. My graduate work was in French Literature with a minor in Spanish Literature. My doctoral studies focused on 18th-Century French. I have given presentations at conferences for 18th-Century Studies and have published articles in the area of Rousseau’s Aesthetics, Rousseau and Plato, and Voltaire’s Candide.

At Loyola I taught courses on the Enlightenment and Pre-Romanticism, Rousseau, French Women Writers, French Culture and Civilization, Grammar and Composition, and lower levels of French language. I directed internships at the French Consulate in New Orleans and senior research projects. I sponsored the Theta Tau Chapter of Pi Delta Phi (National French Honor Society).