Loyola Environment Program students attended the South Central Geological Society of America conference ('16) in Baton Rouge. The students presented a poster describing a class project, which explored a relationship between impervious land cover and subsidence. They spent the day listening to scientific presentations, presenting their poster, and observing other posters.

Pavement’s Impact on Subsidence in a New Orleans Neighborhood

CalPalState is a neighborhood adjacent to Loyola University in Uptown, New Orleans, Louisiana. New Orleans is a major urban development within the subtropical climate bracket. It receives an average of 62.45 inches of rainfall per year, with approximately 108 days receiving precipitation (US Climate 2016). Although the alluvial soils deposited by the Mississippi River are adapted to this level of moisture, a decrease in moisture percolation due to the urbanization presents flooding and subsidence problems.

Subsidence is a major issue associated with flooding. The large amount of clay within alluvial soil assists during high water events by expanding from water retention (Brown 2016). Excessive pavement from high urbanization removes this water-retaining function from the soil, thus increasing flooding as well as lowering surface elevation. Attempts of shunting storm water to detention ponds to replace the absorbing effect of soil is ineffective due to inappropriate scaling for the amount of water being directed (Booth 1999). As the soils continue to be denied water, they compact and cause subsidence. This raises a real concern for the infrastructure above as the foundation begins to sink in an uneven fashion.

First we gathered parcel data for New Orleans from the US Census Bureau. We created a map of the CalPalState Neighborhood to use for our field mapping. Felice Lavergne from the Urban Conservancy joined us and advised whether or not a front yard is excessively paved. On our paper maps, we marked “Y” for yes, excessively paved, and “N” for no, not excessively paved.

Later, using ArcMap 10.3, we compiled the data in the attribute table of the parcel layer. Each student produced a map with her or his choice of symbology and map elements, and each student produced a graph. The top three submissions were chosen by the instructor then voted upon by the class.

We will continue this project through the remainder of the semester and explore a relationship between impervious surfaces and subsidence. 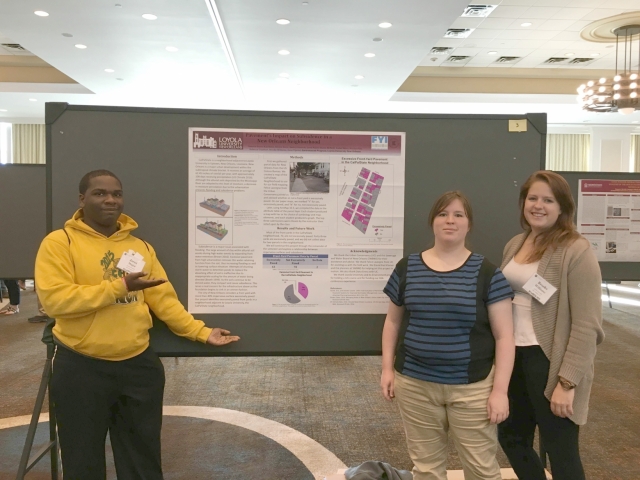 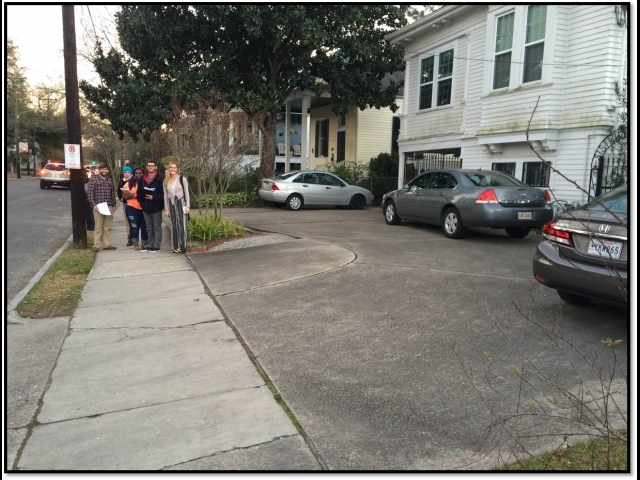 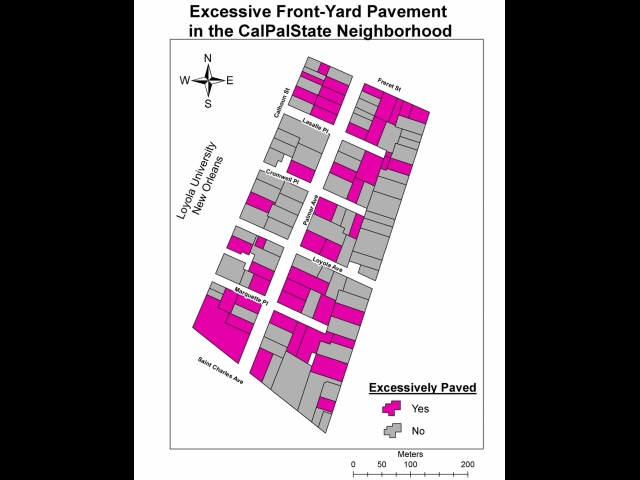 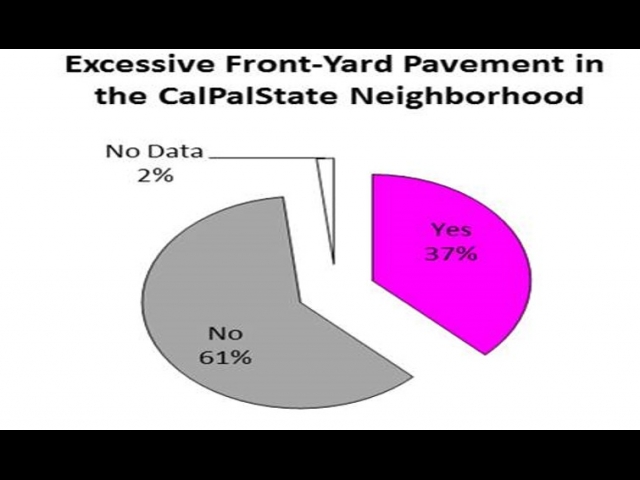 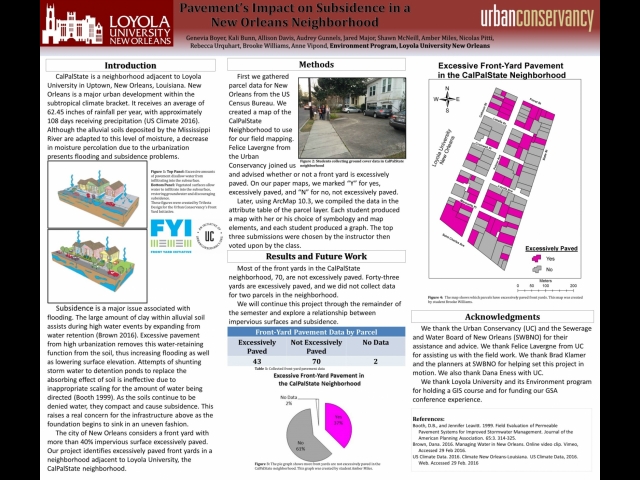