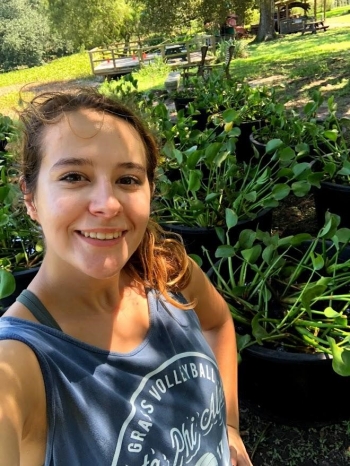 She also has her open water diver certification and serves as the student representative for the environmental science program. On campus, she is a member of Theta Phi Alpha sorority, Omicron Delta Kappa Honor Society, and volunteers with Late Nights at Loyola. She serves as a mentor for the Loyola FaithActs Institute and has served as the Panhellenic Vice President of Recruitment.