Rob Verchick was interviewed on Radio Ecoshock this week about his article on climate "loss and damage" and the Paris Agreement. 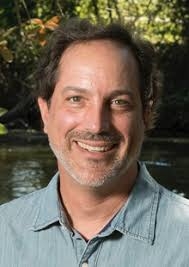 Environmental lawyer Robert Verchick from Loyola University New Orleans asks: who pays for climate loss and damage made by Western civilization? How much is a country worth? Where will millions and millions of climate refugees go? It’s talk at the highest levels, right here on Radio Ecoshock. Interview by Alex Smith.

Robert raises some really inconvenient questions in his article. For example, quote: “At what point does after-the-fact aid become simply a mockery of justice, a way of ‘buying off’ people because the real work of harm prevention seemed too difficult or inconvenient at the time?”

I have problems of my own. Based on about two hundred interviews I’ve done with climate scientists, my guess is that Earth will warm 3 or 4 degrees by the year 2100. At 4 degrees, the global economy will likely collapse, and no one will be compensated or treated fairly. Doesn’t this whole venture of loss and damage depend on an economy functioning somewhat like the present? If a climate-driven collapse occurs, or an economic collapse for any other reason, then I guess the whole plan to help the victims of our fossil emissions will go bust too. Nobody helps anyone.

While international negotiators are working through a long process to set up a fund, and get any payments into it – we are already seeing hurricanes rip through Caribbean Island nations, plus mega-cyclones in the Philippines and Pacific Island nations. After the initial Red Cross aid and a little TV fundraising, there hasn’t been much help. Is it possible events will overwhelm country after country before we have any plan to respond?

What if I say there isn’t enough money in the world to replace the developing losses. How do we value a country lost, where ancestors lived and all stories are based? Who will pay to “rebuild” or “replace” a flooded Shanghai, New York, or Tokyo? Are world bodies discussing this? Suppose most of Bangladesh floods, and stays flooded. There are 166 million people there. Where will they go? Who pays for all that?

Obviously it is better to try to do something than to do nothing. If a more realistic climate reparations system is established, who will administer the large amounts of money, and who will oversee that system to reduce corruption?

We know that as climate change develops, there will be millions, perhaps hundreds of millions, of environmental refugees. Their lands may go under rising seas, be demolished by repeated violent storms, or just too hot for agriculture or survival. Currently, Verchick tells us, we have laws in many countries to allow political refugees to apply for entry. But there is no legislation for environmental refugees.

There will also be refugees within regions and even within countries. In an earlier paper, Robert Verchick found 12 to 15 communities in the United States actively looking to relocate their people. These include natives on the Alaska coast to others on the Gulf of Mexico. He tells us “There is no way we are going to avoid the mass migrations that are coming.”

In this interview with Rob Verchick, you will hear what is being done so far, and what we really need to do to prepare, or at least adapt to developing “loss and damage” from climate change.

Rob is also launching a podcast project with the Center for Progressive Reform called, "Connect the Dots." The official series will be released this summer. But here’s a sneak listen: