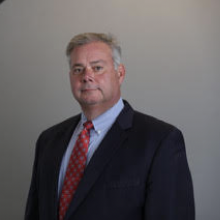 Ronal W. Serpas, Ph.D., is a full-time faculty member and Professor of Practice, Criminology and Justice, Loyola University New Orleans, teaching undergraduate and graduate courses since August of 2014. Dr. Serpas retired from a 34-year career in American law enforcement in August 2014. From 2001 – 2014 he served as the Police Superintendent in New Orleans, LA, Police Chief in Nashville, TN, and Chief of the Washington State Patrol. From 1980 – 2001 Serpas rose from Police Officer to the Assistant Superintendent, Chief of Operations, of the New Orleans Police Department.

Dr. Serpas was a successful change agent implementing organizational-wide transformation, advancing Community Policing, and implementing Justice and Legitimacy principles in the delivery of police service. In each department, significant decreases in crime and increases in citizen satisfaction were achieved and sustained. Dr. Serpas was a leader for more than twenty years in creating innovative changes in recruitment, retention, promotion, patrol deployment, criminal investigations, disciplinary investigations and actions, use of force policies, and the investigations of the use of force.

While Superintendent of Police in New Orleans, Dr. Serpas worked closely with the U.S. Department of Justice - Civil Rights Team, the U.S. Attorney’s Office, and the FBI to investigate several Federal Criminal Civil Rights cases and other criminal and significant administrative violations of police officers before and after Hurricane Katrina. This work also included the negotiation of the New Orleans Police Department Consent Decree and early implementation of its requirements.

In October 2017 at the 124th Annual Conference of the International Association of Chiefs of Police (IACP), Serpas was designated by an act of the membership as the fifth Honorary President of the IACP. The IACP is the oldest and largest nonprofit membership organization of police executives worldwide, established in 1893 with more than 30,000 members representing 150 countries. IACP&#39;s membership consists of the chief executives of international, federal, state, tribal, and local agencies of all sizes. Throughout his career, Serpas has participated and contributed on the national and international level of police leadership through his unopposed election as the 4th Vice President of the IACP in October 2011. When he retired from law enforcement, Serpas was the 2nd Vice President and was responsible for providing oversight to the following IACP standing Committees: Civil Rights; Diversity Coordinating Panel; Police Professional Standards, Image, and Ethics; Police Administration; and the Torch Run. Dr. Serpas also served for many years as the founding Co-Chair of the Research Advisory Committee (RAC) of the IACP. The IACP RAC Committee unites police executives and academic leaders to create and publish an annual research agenda to identify potential solutions addressing the many significant concerns throughout the criminal justice system here in the United States and abroad. Dr. Serpas is a past Chair of the IACP’s Community Oriented Policing Committee. He has also served as the Parliamentarian, to the IACP Board of Directors.

Dr. Serpas is the founding Co-Chair and Executive Director of Law Enforcement Leaders to Reduce Crime and Incarceration, a project in cooperation with the NYU-School of Law Brennan Center, which unites nearly 200 current and former police chiefs, federal and state chief prosecutors, and attorney’s general from all 50 states to urge for a reduction in both crime and incarceration.

Dr. Serpas is the Chair of the Board of Directors of the National Policing Institute (formerly the Police Foundation). He has served as a member of the National Advisory Board for Cure Violence (Chicago Cease Fire). Dr. Serpas has been elected as a founding member of the Council on Criminal Justice (CCJ), a national invitational membership organization and think tank. Independent and nonpartisan, CCJ advances understanding of the criminal justice policy choices facing the nation and builds consensus for solutions that enhance safety and justice for all. Through research, policy development, and other projects that harness the experience and vision of its leaders and members, CCJ serves as a catalyst for system improvements based on facts, evidence, and fundamental principles of justice.