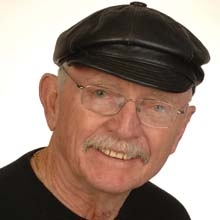 Dr. Dee Wood Harper, Jr., earned a B.A. from George Peabody College of Vanderbilt University and his M.A. and Ph.D. from Louisiana State University. His dissertation research focused on cultural differences in patterns of aging among rural people of Louisiana. He was also awarded a National Institute of Mental Health post-doctoral fellowship (1973-74) in social psychiatry from the Tulane University School of Medicine, Department of Psychiatry and Neurology, Social Psychiatry Unit focusing on the administration of drug abuse programs.

At present my research agenda focuses on violence, and crime in disaster and includes two projects. I am completing with Drs. Thornton and Voigt a book being published by the University of Louisiana Lafayette Press titled, Preventing Lethal Violence in New Orleans, a Great American City. We are also completing a second edition of Why Violence? Leading Questions Regarding the Conceptualization and Reality of Violence in Society. My other project is a book with Dr. Frailing titled, Toward a Criminology of Disaster. This book is under contract with Palgrave MacMillan and is due for completion in October, 2016. Listed below are four recent publications.

Gerontology, Sociology of Education, Epidemiology of Addiction, Sociology of Tourism and Crime, the Death Penalty and Violent Crime and Deviance, and the Cultural Differences in Patterns of Aging Among Rural People of Louisiana