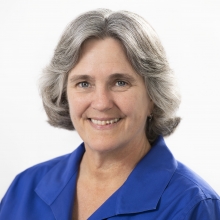 Lynn Vogel Koplitz has been a faculty member at Loyola since 1988. In 2008, she was named the Earl and Gertrude Vicknair Distinguished Professor of Chemistry. She received the university’s highest honor for faculty, the Dux Academicus Award for excellence in teaching, scholarship and community service, in 2006. From 2004 until 2006, she served as the fourth Director of the University Honors Program. She shared the distinction of Honors Professor of the Year with Dr. Robert Gnuse in 2005 and was also chosen to receive the University Senate Community Service Award that same year. In 2007, 2009, and 2013 Koplitz was honored with a Marquette Faculty Fellowship. She was chairperson of the Department of Chemistry from 2013 - 2016.

Currently, Dr. Koplitz and her students are using experimental and computational methods to investigate the effects of non-covalent interactions on the properties of crystals.