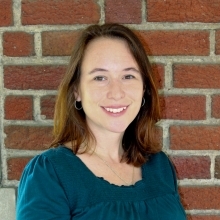 She is a native of New Orleans and a graduate of Benjamin Franklin High School. Before coming to Loyola, she taught at the University of West Florida, at Tulane University, and at Tulane University City College. She has also been an instructor with a number of different law enforcement agencies and police academies.

Ms. Duggar worked as Director of the New Orleans Police Department Crime Laboratory from 2006 through 2010. She has worked as a forensic analyst since 2000, first with Office of Chief Medical Examiner, New York City; then in Pensacola, FL, with Florida Department of Law Enforcement; then with New Orleans Police Department Crime Lab and St. Tammany Parish Sheriff’s Office Crime Lab. She has performed analyses in the disciplines of bloodspatter pattern analysis, serology, fingerprint development/comparison, crime scene analysis, and gunshot residue analysis. This casework has led to the provision of courtroom testimony in Criminal District Court in Orleans Parish, St. Tammany Parish, and the Eastern District of Louisiana.

Ms. Duggar has presented research in bloodspatter pattern analysis and the application of science to crime scene practice at national meetings of the American Academy of Forensic Sciences.